The restaurant is located in a historic building, which dates back in 1896. The opening of the renovated Rogata Inn was in 2000. It organizes all types of events.

The restaurant is a member of the Silesian Tastes Culinary Trail.

In Silesian Tastes Menu we recommend: 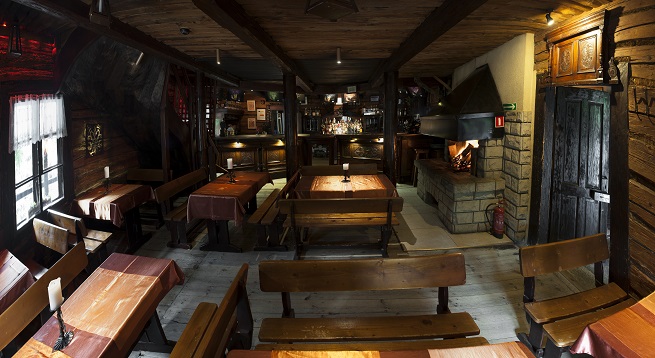 The Catholic Cemetery in Biała
Bielsko-Biała
One of the graveyards located within today’s Bielsko-Biala is an old Roman Catholic cemetery, which dates back to the time of the Confederation of Bar. Initially, participants of the Confederation were buried here. (The town was an important centre of the Confederation), and later, during the occupation of the town by the Austrians, the cemetery became a necropolis of Biała. The cemetery was officially established, when the churchyard was closed.
END_OF_DOCUMENT_TOKEN_TO_BE_REPLACED

the Animated Film Studio in Bielsko-Biala
Bielsko-Biała
They bewitched the imaginations of millions of Poles. They entertained and taught us. Bolek and Lolek, Reksio, Wawel Dragon, animal hunter Pampalini, Captain Clipper, whether in black and white, or in color - they embellished the gray reality of the communist era. It's all thanks to the artists of the Animated Film Studio in Bielsko-Biala. Since its establishment in 1947 until now they have produced over 1000 cartoons both for children and for adults. Anyone can take a close look how it is being done. The studio is open to the public.
END_OF_DOCUMENT_TOKEN_TO_BE_REPLACED

The Saint Nicholas' Cathedral in Bielsko-Biała
Bielsko-Biała
The Saint Nicholas' Cathedral with its distinctive belltower resembling Italian campanile dominates over Bielsko-Biała. Despite the fact that its origins date back to the 15th century, it is difficult to find any Gothic traces in its architecture. It is due to the renovation from the beginning of the last century. It gave the neo-Romanesque appearance to the building. Inside the church we can encounter many styles. The church has an interesting history. It was several times burnt down by fires and looted by soldiers. In  1992, the church became the cathedral of the newly created diocese of Bielsko and Żywiec.
END_OF_DOCUMENT_TOKEN_TO_BE_REPLACED
See more

The Beskids and Cieszyn Silesia