The remnants of cardboard factory

In the 1970s-the 19th century Leon Hassfeld built this factory, after him, his son John took it. It was started in 1880 under the name of industrial plant "Natalin". The second part of the name of the railway station in the village of Masłońskie-Gothenburg, was given in gratitude the family Hassfeldów-founder of the factory, who developed a village, he morseled part of its plots for factory workers of cardboard. According to the oldest residents of the village of Stefanovic, participating in the construction of the railway station, the nearest person in the family of Leon Hassfelda was the name of Natalia.
Built at the mouth of the river Ordonki to Worth near or in place of the existing old Forge Furnace iron Masłoński. The machines were operated water wheel, later factory Krosno County. The plant was built in accordance with the order of the owner of the small Palace was architectural in factory and office building (today it houses school). In the post-war years the factory was part of the enterprise Myszkowskie Paper Plants; has wound up in the 1980s – those of the 20th century. 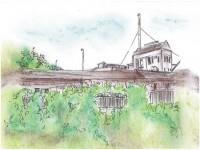 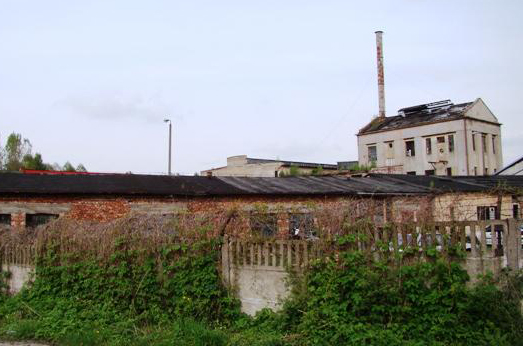 Witkiewiczowskie villas from the 1930s of the 20th century.
Żarki-Letnisko
Villa Witkiewiczowska with 30 years of the 20th century in Żarki Letnisko. Construction of villas in fashionable then Witkiewicz style began in the early thirties, when commissioned by Countess Stefania Raczyńska, surveyor Władysław Zygierewicz has developed a comprehensive zoning plan of the city-fortress Żarki, and its implementation was formerly delegate Raczyński Jan Brylski will attend, who came to Żarki 1 May 1932.
END_OF_DOCUMENT_TOKEN_TO_BE_REPLACED