Peel the apples, remove the seeds, slice it to 1,5 cm pieces and sprinkle with lemon juice. Put them to the baking tray covered with aluminum foil, put a half of peach at each of the apple piece and add a spoon of honey to each one, sprinkle with cinnamon and castor. Bake in oven heated to temperature 180˚C for about 20 min. Serve on dessert plates, poured with sauce obtained from baking. We can use some chocolate sauce to decorate. 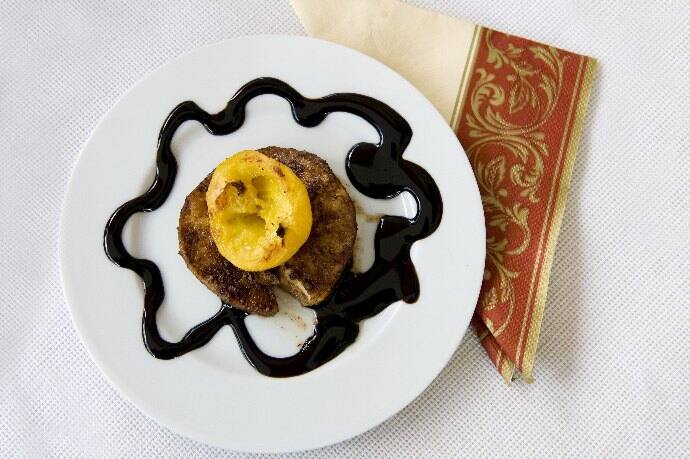 This meal was prepared by the Village Women's Club of Kłobuck District Councily during 5th “Silesian Tastes Festival 2010” in Złoty Potok.